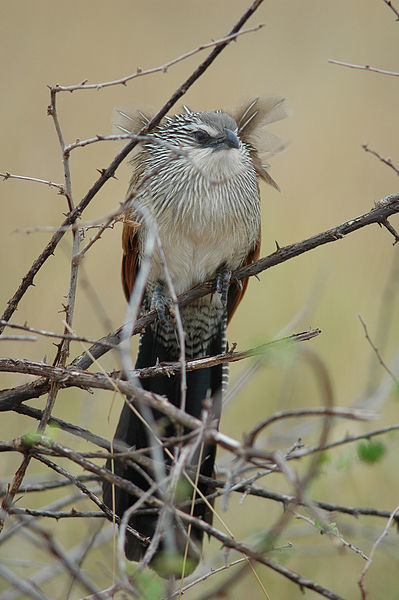 Masters throughout time have made allegorical use of the Rainbird, a wondrous bird who drinks no water except that which falls from the sky. In drought, the Rainbird will wither and die rather than drink from earthly sources — ponds, streams, puddles, lakes. All day and night, day after day, the Rainbird pines for rain from the heavens to quench its thirst.

Is the Rainbird fact or fiction? The truth seeker cares little, because the image is pure truth.

I identify with the Rainbird on another level, too. Living at 7400’ in the Manzano Mountains of New Mexico, Sue and I are blessed to reside in a tiny microclimate (tiny, as in probably less than a square mile), which receives uncommon amounts of moisture for arid New Mexico. We don’t have lakes or moss lined streams flowing, and the area is certainly not as lush as spots around Peñasco, for instance, but we get noticeably more precipitation than most of central New Mexico.

In 2006, we completed a project of installing a rainwater collection system. We already had a metal roof (the choice of roofs for collection) on the house and garage. 5” seamless, stainless steel gutters, and oversized 4×5” downspouts were in place as well, but that year we finally installed storage tanks and plumbed the whole system. 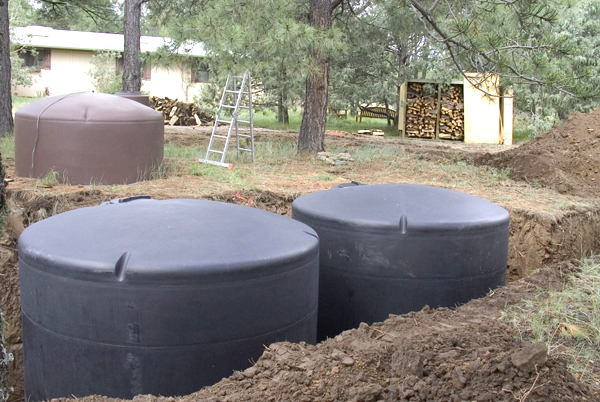 I haven’t mentioned that, in addition to this unique microclimate, we are also the proud owners of a water well which produces, um… maybe 5-10 gallons per day. Long story, we won’t go there. Even the few good producing wells in this area, however, all share the quality of water one would expect from a limestone aquifer — hard, very hard, and highly mineralized. Plumbing fixtures become caked with calcium, washed dishes and cutlery are covered with spots unless hand dried with a towel.

Many of these ‘facts of life’ in the desert slowly disappeared from our experience when we shut off the water supply from the well and switched to the rainwater tanks. We previously had a 1500 gallon tank to store well water, but routinely had well water trucked in to fill it. The new tanks hold 6000 gallons from rainwater collection. That may sound like a lot, but if you live in the desert and need to compensate for droughts, it’s really a pittance. Nonetheless, since 2006 we have never bought water, and after an initial priming of the tanks with 3000 gallons of trucked in well water, we have used nothing but rainwater.

The joys of washing our hands, our faces, our hair, our bodies, and yes, our dishes and clothes with rainwater is something I have come to take for granted in these six years. This is an aesthetic and sensual pleasure few have experienced. How ironic that something so sensible, so sustainable, so responsible (there are places in the world where it’s illegal not to collect rainwater…), and yet so utterly luxurious is practiced by almost no one in this country!

And we had taken it for granted — until this drought. We have had precipitation here perhaps three times since the beginning of the year: a big, but dry snowfall in January, and couple of small ones since. We ran out of rainwater in March or April, and have been squeezing what we could out of the well since then.

As soon as we switched, our appreciation for rainwater flourished. Now we needed to haul drinking and cooking water from town. The well water really isn’t something we want to drink. And bathing. Oh my God. Suddenly it became very difficult to get our hair clean, and our skin doesn’t feel all that clean either. Mind you, the water from both sources is filtered. Still, the difference is much greater than we remembered.

Our dishes require hand drying as well, if we don’t want them covered with spots. And the blue concrete countertop we made now requires a drain mat between it and the dripping dishes in order that it not become travertine. 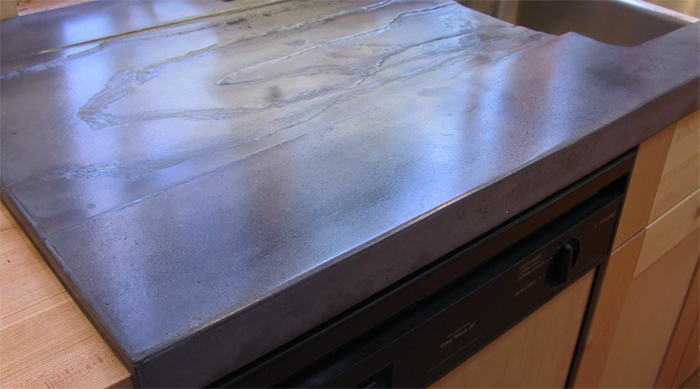 In this, our first year of raising farm animals, our land looks like the dustbowl. There is no forage of plants, bugs, and other critters for our chickens and ducks. There is dirt and dead grass.

And so it is that I, like the Rainbird, pine for rain from the sky. I don’t pray for rain. I’m not for or against mind’s idea of what the weather should be. It’s deeper than that. At the physical level, I think it’s most accurate to say, my body aches for rain. I long for its taste, I yearn for the feel of it on my body. What a perfect reflection of the inner journey!

Just as the body yearns for rain, soul has patiently waited eons for the taste of the Sound Current on which it will ascend through the planes to its true home, leaving this world and the wheel of 84 behind like a vaguely remembered dream. The only way such an enormous feat can be accomplished is by keeping our gaze fixed on that from which such Love and Bliss descend, and by drinking only from that Source.

A true Master’s purpose here is not making this jail cell more comfortable for His disciples. He’s here to guide us beyond these bars, and although the journey is blazingly swift compared with the countless lifetimes we’ve thrashed about in our karma, soul’s yearning gets quite intense.

I empathize with the Rainbird. I share its thirst; I feel its devotion. And I know the taste of devotion’s fruit.

Today it rained. Big, fat drops of manna falling out of the sky and actually wetting this scorched soil, this parched tongue. Not yet enough to switch to the rainwater tanks, but I sense the monsoons are arriving.

That’s an image I treasure.